Findings and lessons learned from abroad. In each TIP-IM edition, we invite you to meet with prominent experts from all over the world.

As the managing partner of Swartz, Binnersley & Associates, Kristi Swartz’s legal practice focuses on corporate finance and fintech matters. Kristi has practiced in Hong Kong for over 18 years and works with companies ranging from emerging growth companies to listed multinational corporations in Hong Kong, China, Asia and Europe, across a broad range of industries, such as finance, venture capital and telecommunications. Serving as counsel to East Asia Tax Service Limited, the Lithuanian Consulate, the Indian Chamber of Commerce and the Consulate of Uruguay, positions Kristi strongly in understanding the nuances of doing business on both an international and local level.

TIP-IM asked Kristi for her own perception on how the South-Asian market coped with the pandemic so far and how she thinks, it will influence the future of the labor market.

Could you describe how the coronavirus impacted on the economy in the region you are working?

The coronavirus hit Hong Kong very shortly after the civil unrest and protests. Stemming from this, public behavior had been relatively cautious during the weekends in any event, in order to avoid any "flash zones" for protests, as well as to avoid tear gas. When additional information regarding the coronavirus came to light, Hong Kong reverted its approach regarding the pandemic to how they dealt with Severe Acute Respiratory Syndrome (“SARS”). People are tending to stay home and travel only when necessary. As such, the economy, particularly food and beverage and hospitality industries, have taken a significant hit. First 9 months of civil unrest, and now facing the fallout of the pandemic; no one could have foreseen these future events. It is not only small businesses that are facing hard times, I have recently learnt that some charities who had put fundraising efforts on hold during the protests have now run out of money to serve their causes. The economy was naturally bound to take a downturn, but the civil unrest and the current pandemic has seen the economy downturn quicker than anticipated.

What kind of measures did you take with your staff to keep working/provide continuity in service towards clients?

The health and safety of our team is our priority. We have introduced flexible working arrangements, allowing the team to travel to the office during off-peak hours. Similarly, depending on the workload, the team may also opt to work from home. As a start-up, we had the luxury of implementing systems that catered to the "modern-day" working arrangements, with the majority of our platform maintained by cloud-based services. This has allowed us further flexibility when keeping the safety of the team at the forefront of our business operations. We work on open communication internally, as well as with our clients, who have been very supportive of our amendments to our usual working practices.

Can you describe the current situation in Hong-Kong?

Whilst the figures coming out of Hong Kong appear to be encouraging, the is still a great deal of tension in the city. With a second, and possibly third wave of infections expected, the majority of the population are still prudent by nature. Public spending is most likely on groceries and hygiene products. With no tourists entering the city for the foreseeable future, Hong Kong has to be able to stick it out for a while until the local economy bounces back (and I am positive that it will do so).

How does the government help the economy and labor market coping with the crisis?

Hong Kong government has put together a HK$100 billion package of relief measures for affected workers who have suffered as a result of the pandemic. Other countries are offering similar packages to help residents and keep the local economy afloat.

Have you noticed any changing habits in the way of working during this crisis, which will tend to become permanent in the future?

It is clear that working from home and online meetings have become the new norm. Whilst it may work for some, and particularly the younger generations, I believe it is rather good working practice in the short-term. In my opinion, when you look to grow a team, or even a business, the people are often the magic to making the formula work. Being in the same place, with a focus to business certainly helps with productivity. To work effectively from home, you must have a dedicated, methodical approach so as not to get distracted. I am also an advocate for mental health and separating work from home is an important element of this. Working from home does not give a lot of head space to find a balance between the two as there is no distinct separation as Hong Kong flats are not known for being large and typically have multiple generations living under the same space. As lawyers, we tend to be on call 24/7 under normal circumstances, however in times of crisis there is perhaps a heightened awareness  to mental health and working practices.

Do you think this crisis had or will have an impact on the hiring of Interim Managers? If yes, in which way?

I believe that there is a freeze on hiring in general. Companies may be struggling to stay afloat and are likely exploring cost-saving measures. Sadly, salaries are typically one of the higher monthly outgoings for most businesses. If the pandemic extends, there may be an opportunity for short-term contract-based work for those in key roles. That being said, I believe most companies see employees as part of their community, and in times such as these, they will try and do the best they can to support their employees.

Which main differences and similarities do you expect between South-East of Asia and Europe and the United States in the way the “post- Corona crisis” period will be launched/organized/handled?

These regions are very different in all ways, ranging from culture to politics and even to infrastructure. For instance, when the pandemic hit China, we saw the mainland lockdown province borders to stop the freedom of movement. The US does not have the power to lockdown state borders, so in turn, they implemented a nationwide lockdown. The timing of when restrictions are relaxed should, in my opinion, be driven by the infection figures per state/city/region. Although Hong Kong is geographically a small area, the city boasts a population of 7.4 million and is ranked one of the three most densely populated cities in the world. Maintaining a single-digit death rate is quite an accomplishment, especially when compared to a city such a New York, which has a similar population and density. These achievements, I believe, are largely down to the community’s attitude to the pandemic, which stemmed from the general public’s awareness after-SARS. The government has enforced certain restrictions to limit the spread of the virus, and as a city, Hong Kong is well trained and socially responsible.

In addition, the financial implications of the pandemic are yet to be truly felt. Various countries have announced rescue packages for their citizens. Hong Kong announced the Anti-Epidemic Fund totaling HKD287.5 billion, which provides relief to industries, such as hospitality and retail, that are hit hard, through providing support to small businesses and individuals. Hong Kong has planned for this “rainy day” and has the resources to be able to support such financial measures, which will see the city go into a deficit for the first time in 15 years. Other countries that are rolling out similar relief packages are having to fund the situation now and will need to seek financial remedies at a later date.

That being said, the overarching factor that will be seen across the globe is that communities will need to come together to face the pandemic and its fallout. This is not necessarily a problem divided by continent, but one that should unite the world to find an outcome, learning from and leaning on each other.

- What are the main lessons US/Europe should take from South-East Asia on how they cope with the corona-crisis and how they manage to start organizing a “post-crisis” scenario?

The underlying difference is that Europe and the Americas did not react quickly to the pandemic, and to some degree, citizens still do not fully understand the ramifications of the spread. At present, there is a full lockdown in the Western world, which is helping to keep the numbers at bay. The real test will be how Western governments relax restrictions, and what happens when socializing is no longer regulated. When looking at Hong Kong, we have some restrictions in place, such as a limit of four people at a table and tables being 1,5 meters apart. Entertainment venues, such as bars, gyms, spas and cinemas have been closed and working from home measures are still in force for government departments. It has been announced this week that the government is easing some of the restrictions as Hong Kong has experienced zero local infections for a steady number of days. That being said, we are still able to move freely and gather with those outside of our family. Hong Kong citizens are diligent, wearing face masks and sanitizing their hands regularly. There is a heightened awareness of social responsibility. Even without these measures being enforced, it is likely that these practices would still be adopted by the majority of the population post regulation. It will be interesting to see how Western countries re-open after weeks of lockdown, and how the cultural differences may play a role in determining whether there will be further rounds of infection. 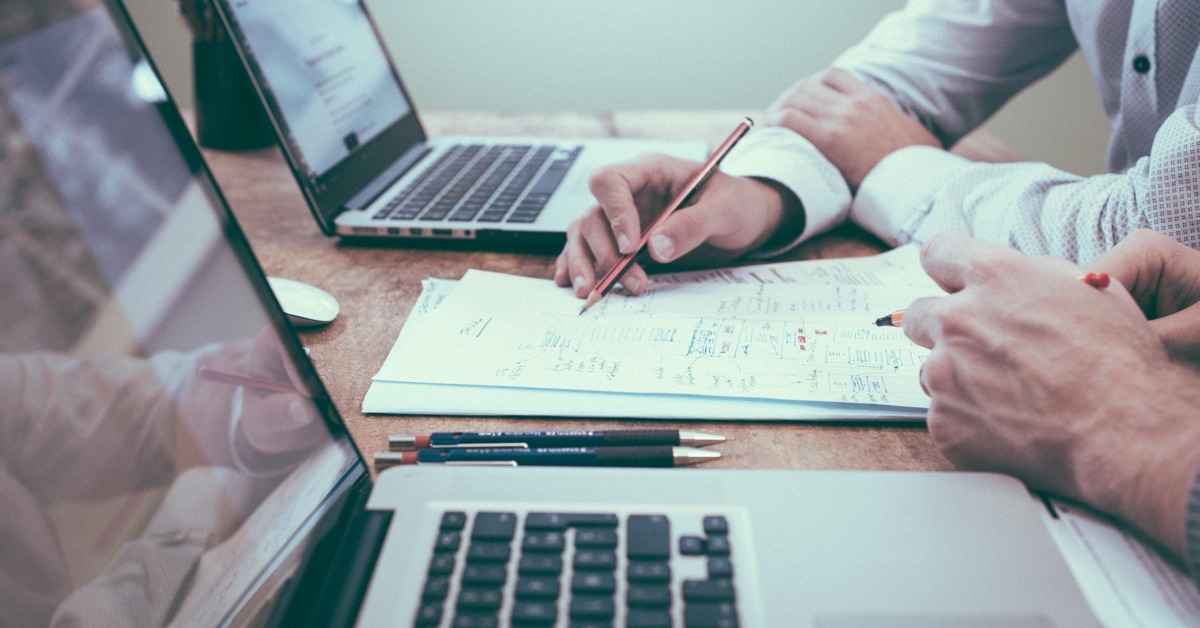 Growing the business while preparing for a new crisis 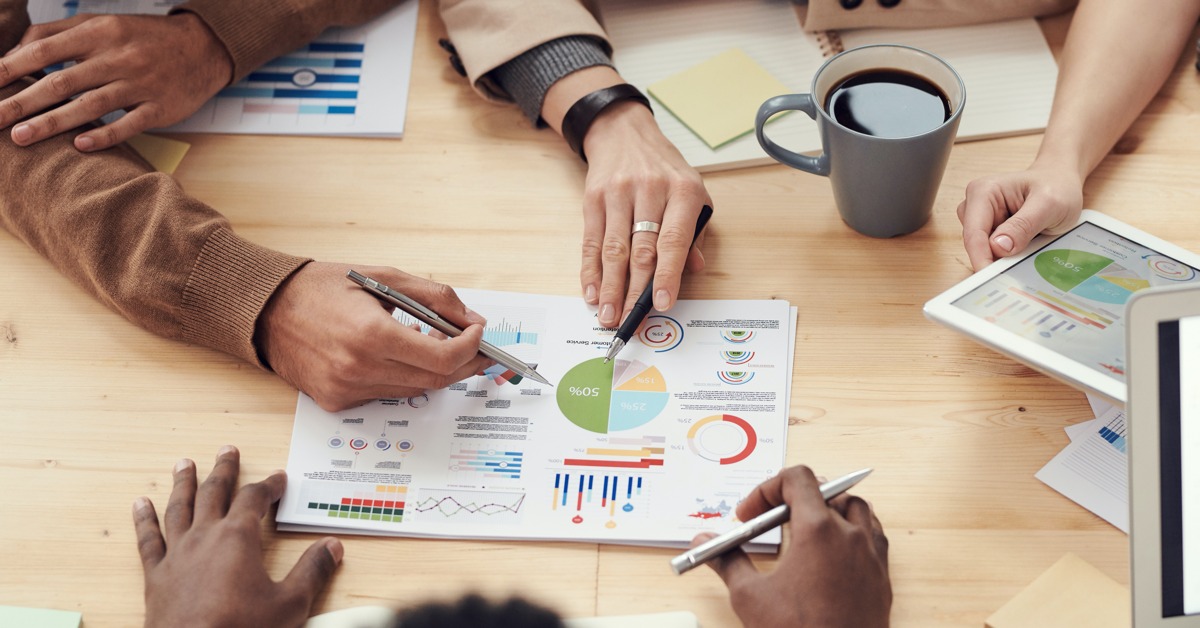